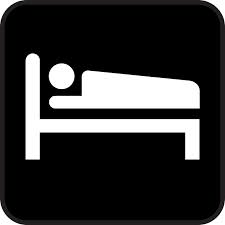 Although floatation therapy has long been associated with intense rest equivalent to incredibly deep sleep, there are many misconceptions about the relationship between sleep and floatation therapy. Generally, most people say that an hour in a float tank provides the same amount of rest as 6 to 8 hours of sleep, but that fact doesn’t explain all of the intricacies in the relationship between floating and sleep. Don’t believe the common misconceptions that spring from the three following myths about sleeping and floating!

1. It’s Dangerous to Sleep in the Tank

It’s one of the most common questions about floatation therapy: will you drown if you fall asleep in the tank? The short answer is no, you will not. In fact, many people enter the float tank specifically to fall sleep. An hour in a float tank can serve as a type of “power nap” that leaves you completely refreshed and energized.

Many first-time floaters still worry about drowning, however. Since many people don’t normally sleep on their back, they worry that they would roll over in the water if they fell asleep and drown. However, the buoyancy and density caused by the Epsom salt in float tanks makes it difficult to turn over, so those fears are unfounded. Also, if you happen to turn over while floating, the shock of getting saltwater in your mouth or eyes will definitely wake you up!

Since many first-time floaters have heard that an hour of floating equals as much as 8 hours of sleep, they begin to wonder if they could simply float for an hour or two a day instead of ever sleeping.

Although this might seem logical, floating shouldn’t actually replace normal sleeping habits. Typically, floaters feel energized after a float session and often need several hours to wind down before sleeping. Floating should, however, encourage more regular sleeping patterns. Floating is often used to treat insomnia because it is known to facilitate deeper sleep for several days following each float session.

Floatation therapy is helpful with stress relief because it allows you to clear your mind as the body releases endorphins and boosts mood. In addition, floating offers a chance to escape for an hour from the pressures that might be causing stress and insomnia. Finally, floating causes a decrease in blood pressure and heart rate, so that you emerge stress-free and ready to resume more normal sleeping habits.

Visit your nearest float center to find out more about the many health benefits of floatation therapy.