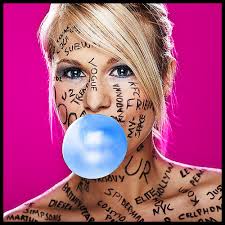 In the movie Altered States, sensory deprivation is depicted as the tool of a mad scientist. Edward Jessup, a professor of abnormal psychology studying schizophrenia, begins to think about altered states of consciousness. He experiments with a floatation tank to induce sensory deprivation. Jessup is depicted as a mad scientist through his drastic physical and psychological changes, induced by the floatation tank.

On the T.V. show Fringe, floatation tanks are depicted as a way to activate mental powers. The character Olivia is experimented on by Secretary Bishop with a sensory deprivation tank. Not only is the tank intended to expand her mental powers but it is also meant to potentially bring her to another universe. This representation of floatation tanks further shows them as used by the “mad scientist” type of person who wants to conduct unrealistic experiments.

Joe Rogan, a well-known comedian and the former host of Fear Factor, has endorsed floatation tanks. He stated, “I think it’s one of the most incredible pieces of equipment for self-help and introspective thought that you could ever find… It’s been one of the most important tools for me in personal growth for understanding myself, how I am, and what effect I do have on other people.”

Rogan became interested in floatation because he wanted to have psychedelic experiences without taking hallucinogenic drugs. He states that he has reached those experiences, and he continues floating for the added benefits of a stress-free, isolated environment. Rogan also asserts that the experience of the floatation tank is an intense one, but in an emotionally beneficial way.

The Impact of Pop Culture

Unfortunately, the above examples of floatation tanks in popular culture lean more heavily to the “mad scientist” end of the spectrum. Despite the high praise from Joe Rogan, many may still believe that floatation has no basis in science. At Northwest Float Center, we want to spread the word floatation really does work to treat many common conditions, from chronic pain to stress and anxiety. Numerous studies have proven the benefits of flotation REST.

Contact Northwest Float Center for more information about how floating can specifically benefit you.