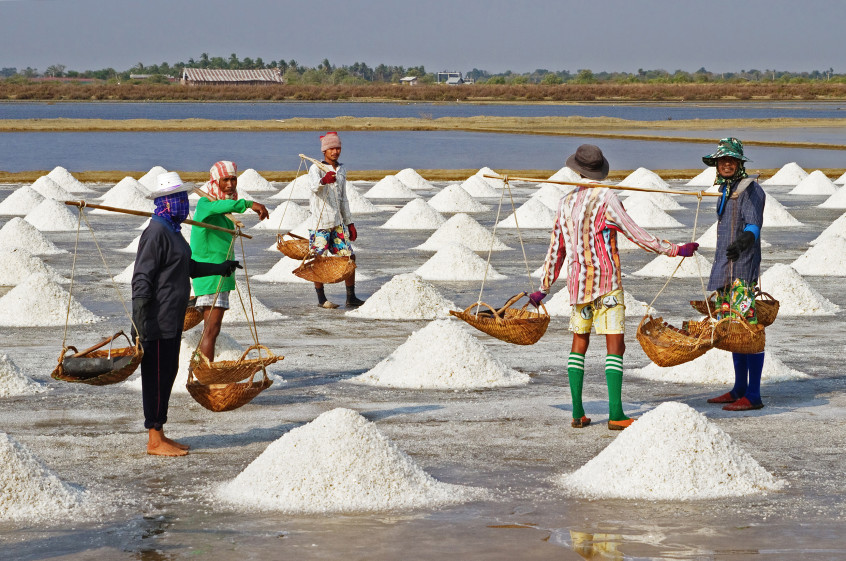 Legend has it that salt was once worth more than gold, and while this may not be entirely accurate, it’s certainly true that in times past, salt was one of the most valuable minerals on the planet. Superstitions regarding the magic properties of salt (“spill salt, through it over your shoulder”) all have their root in the value that the ancient world ascribed to what is now a ubiquitous seasoning. Prior to the invention of iceboxes and refrigeration, salt was one of the only ways to preserve food, making it prized among our ancestors, too.

So how did something so valuable get a bad name? Salt is still used as a preservative today, but our increased understanding of salt intake has caused many people to think twice about its value.

But before we delve into the negative aspects of salt, let me be clear on one point: human beings need salt. Consuming it is actually vital to our health.

The unfortunate truth, however, is that most of us are getting too much of a good thing. To support a healthy lifestyle, most adults should consume less than 2300 milligrams of sodium (the chemical element found in table salt) per day and most Americans get far more than that.

Because salt is still used as a preservative, foods that have a long shelf-life are more likely to have high levels of sodium. And with our busy schedules, few people have time to prepare fresh meals every day. Salt has become something that most people try to avoid whenever they can.

But there are other forms of salt than the type that sits on your table.

The restorative properties of Epsom salts have been known for hundreds of years, and their usefulness is far from an old wives’ tale. Its magnesium content can soothe tired muscles, and its use in flotation tanks is what keeps floaters floating. The best part is, Epsom salts (magnesium sulfate) do not contain sodium, so soaking in a salt bath won’t raise your sodium level.

People also travel across the world to bathe in the salt-laden Dead Sea, and thousands more purchase Dead Sea salts for home use. Why? Because humans need salt. Like all things, though, we need it, in all its different forms, and in moderation. So consume salted food products carefully, then heal your body with Epsom salts in the float tanks at Northwest Float Center after a long day. You can even take some Epsom salts home with you from our shop for relaxing soaks in between visits.