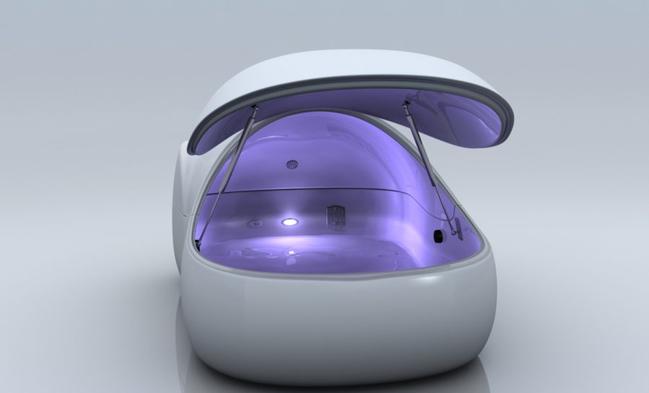 Although floatation therapy’s roots go back to the early 1950’s, there are several different terms that are used to describe the concept of floating. Whether you call it REST, an isolation tank, sensory deprivation therapy, or floatation therapy, the benefits and attractions are generally the same.

The idea of floating goes back to the work of John C. Lilly in the 1950’s. Lilly created the original tank in the course of his studies on sensory deprivation. Since Lilly was conducting methodical research, he certainly never could have foreseen that the float tank would become a luxurious experience.

Although this term is not often used for the current version of floating, it is sometimes used to introduce beginning floaters to the concept. Sensory deprivation is what makes floating such a unique experience, but some people object to how clinical the term sounds. Regardless, this term accurately describes the point of a float tank, but it does not address the therapeutic aspects of floating.

Again, “isolation tank” is a term that comes out of a more scientific perspective on floating. The focus on the isolated experience of floating could detract from a floater’s ability to enjoy the experience, since many people dislike the sensation of being completely alone. Also, this term, like sensory deprivation, fails to include the therapeutic quality of floating. This term has its roots in scientific research, but many floaters complain it doesn’t properly describe the current version of floating.

REST has been a common term for floating at different points in the therapy’s history. Coined by researchers Roderick Borrie and Peter Suedfield, it stands for “restricted environmental stimulation therapy.” The appearance of the term coincided with the therapy’s rise to commercial prominence in the 1980’s. REST is a popular term for floating since its description aptly describes the value of the experience. Part of the basic appeal of the term is that it sounds pleasant instead of simply scientific.

Floatation therapy is currently the most commonly used term. Floaters have adapted this term because it concisely describes the experience and also speaks of the therapeutic aspects of floating. Floatation therapy has begun to gain a more widespread appeal in recent years as a relaxing, luxurious experience.

All of these terms essentially mean the same thing. Each one refers to the experience of floating in lukewarm water mixed with enormous amounts of Epsom salt so that you can float in a dark chamber where all external stimuli are removed. So whether you call it sensory deprivation or floatation therapy, you can expect the same remarkable health benefits.