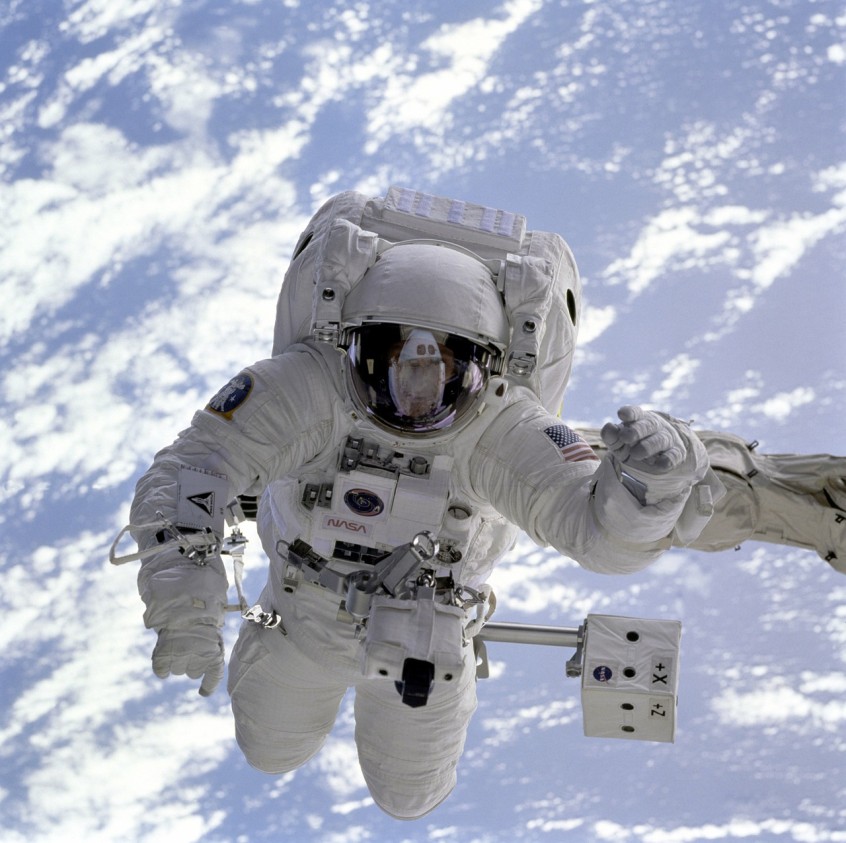 Originally, astronauts preparing for space first used sensory deprivation. In fact, NASA still trains their space personnel with these devices. While astronauts need to know how weightlessness will affect their bodies over time, floatation tanks focus on providing short-term benefits to users. Interestingly, when used as a therapy aid, floatation tank sessions have the exact opposite effect of long-term weightlessness in space.

In space, lack of gravity over time starts to shrink muscles and bone mass causing widespread pain and poor joint functionality. Muscle shrinkage also affects the heart’s ability to pump blood. In a zero gravity environment, blood flow does not fight moving towards the heart and head as it does on earth. The result is that blood flows more freely in peoples’ upper extremities and can cause puffiness in the face and eyes.

Astronauts are only allowed to spend certain amounts of time in space to avoid suffering from these negative effects. Even astronauts who only spend a few days in space may experience health problems from weightlessness. While advancements in science continually improve, the long-term effects of weightlessness in environments with total gravity deprivation are currently unsustainable for humans over long periods of time.

Temporarily, however, the sensation of weightlessness offers an astounding number of health benefits. In a floatation tank, the experience of weightlessness is similar to the experience of being in space, but not the same. You are still on earth, which is governed by gravity, but you are floating with the same sensory experience of weightlessness. Regular sessions in a sensory deprivation tank allow muscles to relax completely, leading to faster healing times. It can also ease joint and muscle pain caused by injury, stress, and illness. Many individuals successfully use floatation tanks as a complementary treatment alongside traditional therapy.

The benefits of short-term sensory deprivation also extend to the mind. Many users describe the feeling of weightlessness as having a profound effect on their mental state. They experience total relaxation free from noise, light, and sound. Many who suffer from chronic pain, insomnia, depression, and stress find total release in the weightless experience of a floatation tank.

Floatation tank experiences cannot be found through any alternative method on earth. The total deprivation and feeling of weightlessness provided by the water is wholly unique. Anyone interested in furthering their mindfulness practice or decreasing any number of mental and physical symptoms may find regular sessions in a floatation tank invaluable. Reach out to Northwest Float Center to learn more.