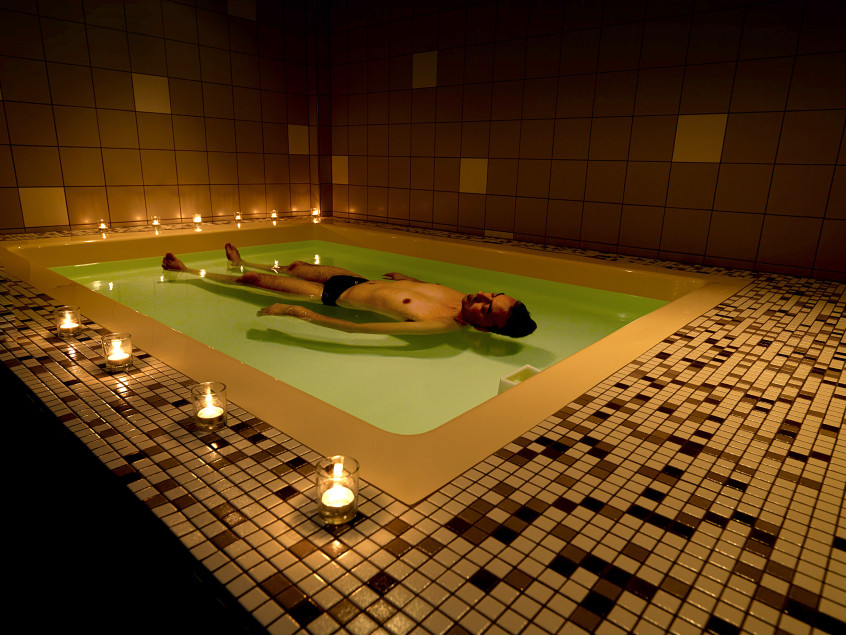 Floatation therapy is associated with many benefits, both physical and mental. It relaxes the muscles, helps reduce stress and anxiety, and can even help achieve better sleep. But what if someone doesn’t have any of these problems? They can still benefit from floating because it is also linked to increases in creativity.

What Happens in the Brain

So what happens in the float tank that helps improve your creativity? It all starts in the brain. Normally, human brain waves, when awake, are beta waves. When someone is floating, the beta waves associated with alertness and reasoning convert to alpha waves, which are associated with deep states of relaxation. Those alpha waves are then converted to theta waves – the same brain waves people experience as they are falling asleep. When a person is floating, they typically stay awake while their minds are suspended in a theta wave state, allowing them to reap the benefits of more relaxed wave types.

How Do Theta Waves Help Creativity?

Theta waves are strongly tied to creativity because they are the waves linked to vivid imagery. This is the same vivid imagery someone experiences just before falling asleep, when reality is skewed enough to promote deep curiosity. Reasoning (beta waves) sometimes blocks our curiosity, and thus our creativity. But floatation therapy allows the reasoning to turn off for an hour so people can explore the vividness of their thoughts.

Floating has been shown to increase creativity more than other sensory deprivation techniques. A study from the University of Vermont Graduate College showed that test subjects who underwent floatation therapy demonstrated significantly more creativity (as measured by the Guilford test) than those who were put in a dark room.

The beta wave to theta wave switch is not instantaneous. It typically happens in the second half of a float session. It might not happen at all if it is a person’s first time floating. Floatation therapy may take some getting used to, and if your brain isn’t used to relaxing, it’s going to take a little longer to see results. But persistence is key – continuing float sessions increases the likelihood that a person will see the benefits they are seeking through floatation therapy.

However, just because the brain might not switch to theta waves immediately doesn’t mean that nothing is gained from the first floating experience. The shift from beta waves to alpha waves alone is beneficial because it allows the body and mind to relax. Most people feel more peaceful and calm after their very first time floating. And the more times someone floats, the easier it will be to relax and get the creative juices flowing.