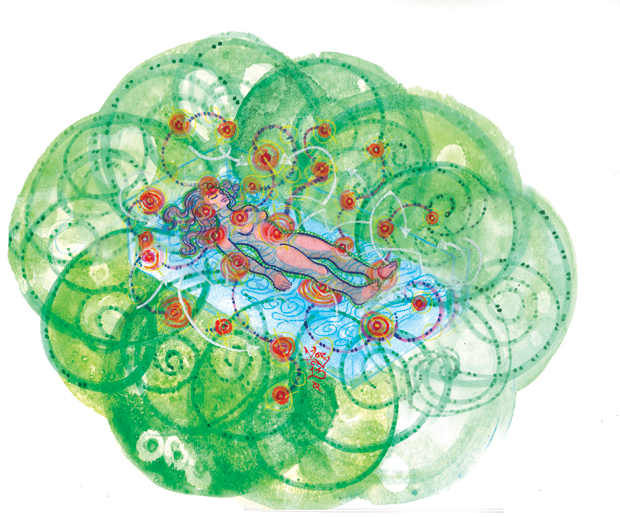 What the Brain is Doing

Unless someone is already prone to hallucinations, they most likely will not hallucinate in a float tank. In other forms of isolation chambers, many people have reported hallucinations, especially when isolated for long periods of time. However, the length of time that people stay in float tanks today is not long enough to bring on hallucinations.

When someone is in a float tank, the muscles in the body relax and the brain waves begin to shift states. First is the transformation from beta waves to alpha waves. This shift enables the mind to go from a state of normal waking awareness to one of deep relaxation. The second change is from alpha waves to theta waves. This takes the brain from the relaxation state to a state of vivid thoughts. This second shift is where people who are prone to hallucinate might start to do so. However, most people just experience a feeling akin to that moment right before they fall asleep when curiosity is at a high point and the imagination wanders.

The common experience for those who take part in floatation therapy is that they enter a state of relaxation deeper than the one created in the alpha wave brain state. They are able to think clearly without outside distractions, and they emerge with a sense of calmness. Individuals may experience creative sparks and novel ideas when in the tank, but rarely hallucinations.

Those Who Do Hallucinate

The predisposition for hallucination can be caused by a number of factors – drug use, mental disorders, genetics – but these people are a minority. The average person considering floatation therapy should have no expectations of a hallucinogenic experience.