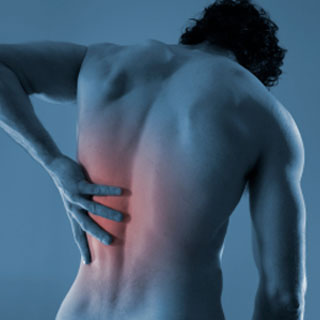 Although floatation therapy has long been touted as an effective method of pain relief, we have only begun to understand how it can affect patients with fibromyalgia.

Fibromyalgia is not well understood and its effects can be devastating, so researchers are continually searching for new ways to deal with the disorder. Since floatation therapy is known to benefit many of the symptoms associated with fibromyalgia, the use of floating as a treatment for fibromyalgia is a natural progression.

The Fibromyalgia Flotation Project, also known as the FFP, was recently created by an informal group of scientists and researchers. The goal of the FFP is to study and document the effect that floatation therapy has on fibromyalgia in order to determine if it is a worthwhile treatment for the disorder.

In 2012, the FFP conducted its initial study in Sweden. Over the course of 3 weeks, fibromyalgia patients participated in floatation therapy as a part of this study. The results showed that floating brought significant relief to the patients, but since the study was fairly short, the FFP decided to launch a more extensive study of the subject. They are currently developing the study.

The FFP found that their patients experienced less pain, reduced muscle tension, and relief from the anxiety and stress that accompanies the pain. In addition, the patients began to enjoy an increased freedom of movement along with more energy, better moods, and deeper sleep. The FFP expects the next study will prove that frequent floating allows longer-term relief.

The FFP has discovered case studies that show that floatation therapy can cause fibromyalgia symptoms to almost completely disappear. Some patients have even reported that floating allowed them to quit taking their medicine. How is that possible?

By encasing fibromyalgia patients in a dark pod with a shallow layer of water infused with Epsom salt, floatation therapy (also known as REST) creates a space where their bodies can completely relax. Even the widespread musculoskeletal pain caused by fibromyalgia can subside or even disappear while floating.

Although the lack of pressure and strain on the body is a large part of the pain relief experienced while floating, some researchers suggest that the presence of magnesium in the Epsom salt is also influential in reducing pain. In addition, floatation therapy releases higher levels of endorphins, which can act as a natural painkiller.

Has floatation therapy helped you to manage pain caused by fibromyalgia?