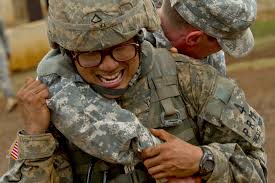 The bravest among us confront unthinkable horrors every day. Soldiers, law enforcement officers, rescue teams, and others face extraordinarily traumatic events. War, violence, and disaster leave physical and psychological scars. In fact, Post Traumatic Stress Disorder (PTSD) is most common among members of the armed forces and search and rescue teams.

Trauma also impacts many people in their personal lives or living circumstances. Survivors of personal violence also frequently suffer PTSD. Current treatments for PTSD can involve extensive use of medications that have unwanted side effects. Fortunately, floatation therapy is a natural alternative that can help alleviate PTSD symptoms and nurture physical and psychological healing.

PTSD symptoms may manifest immediately after a traumatic event or may not occur until months or years later. Symptoms are disruptive and can significantly impair a person’s quality of life. Common symptoms are:

The most frequent treatments for PTSD include various kinds of psychotherapy and medications. There are several approaches to psychotherapy treatment for PTSD that may be used individually or combined:

Unfortunately, prescription medications come with several risks, including side effects and the potential for abuse. Benzodiazepines are habit forming and can only be used for a short time to minimize the risk of addiction and abuse.

Floatation Therapy Is a Safe Alternative

Floatation therapy is safe, natural alternative that can help treat PTSD. It can be used on its own or in combination with other therapies. It has no negative side-effects and is safe for anyone.

How does it work? During floatation, the lack of sensory stimulation allows the brain to enter a meditative state, which lowers blood pressure and reduce anxiety. In fact, research shows that floatation can reduce anxiety as effectively as prescription medication.

Floatation can help you heal the physical and emotional toll of whatever battlefields you’ve faced. Start your healing process today by contacting Northwest Float Center.